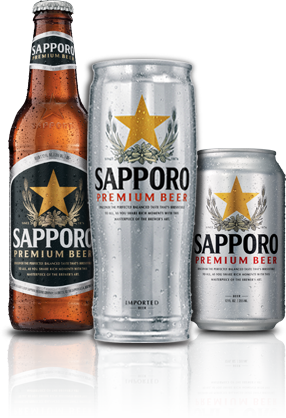 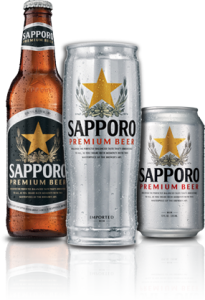 Ok here is a beer that’s always been in my top 5 one of the guys at work asked me if I’ve ever tried it and I should review it on the website. I said I’ve done one but on looking at the website I didn’t post it and it’s on the paper weight of a PC on the floor beside me until I can afford a new motherboard. Sapporo is probably the most recognizable beer out of Japan right up there with Asahi. It’s a %5.0 percent lager that’s got a very smooth taste and a slightly bitter finish with a bit of a hoppy aftertaste. It’s origins start in the city of Sapporo and was in competition with then Osaka and Japan beer now Asahi and Japan beer. They merged and became Dai-Nippon Breweries which then split into Nippon and Asahi breweries. Nippon breweries in 1956 started to produce Sapporo beer again since it was shelved during the first merger.  It is a very well known beer world wide and has a very distinct can that stands out.