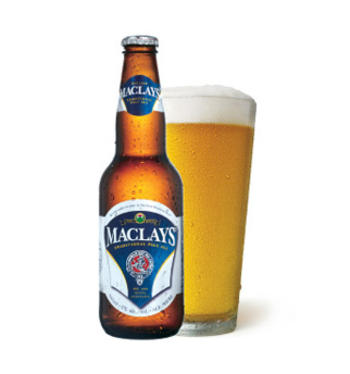 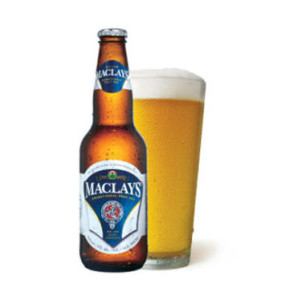 So I mistakenly called this a lager during the podcast I did put an correction in the podcast since I caught it during editing. So please stop emailing. I’am also aware that this beer is brewed under license in Canada by Sleeman’s and you are correct but the LCBO has the imported Maclay’s brewed under license by Belhaven Brewery which is in Scotland and currently owned by Greene King. Ok the history of the Brewery is gonna be short this week. In 1830 James Maclay founded James Maclay, Ale, Porter, Table and India Beer Brewer of Alloa after passing away in 1875 his two sons took over then sold the company in 1896 to a family grocer chain in 1994 the company stopped brewing its own beers and licensed out the beers to be brewed by Belhaven Breweries in Scotland and by Sleeman Breweries in Canada. The Original brewer in Alloa has been demolished and a has been replaced by a strip mall and some flats. That’s it that’s all I could find.

Maclay’s  is a %5.0 India Pale Ale and has a really clean and crisp taste. There are lots of brewers that go for a unique taste that appeals to people since its good and unique. Maclay’s seemed to have focused on straight up smoothness and refreshing. This beer is one of the smoothest I’ve ever had. There’s no after taste theres no bitterness or harshness to it. It’s simply a smooth refreshing beer. Give it a try