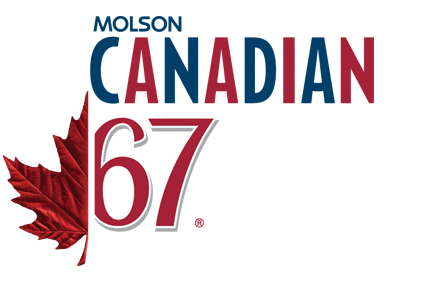 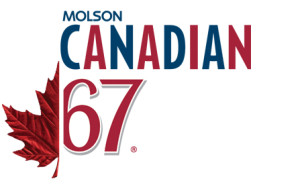 I am going to start off with the history of the brewery than the review.

Molson Canada is the oldest brewery in North America and the second oldest company in Canada next to the Hudson’s Bay Company.

Founded in 1786 by John Molson in Montreal, Quebec, Canada; Molson’s to this day continues to brew beer at the original brewery. Even after updates and renovations over the last 224 years, the original cellars used to store the beer oh so may years ago remain intact.

Today Molson Canada is the Canadian division of the fifth largest brewing company in the world the Molson-Coors Brewing Company. The humble beginnings of this family run brewery on the banks of the St. Lawrence River. Where the family still maintains it’s headquarters today. From leaving his Lincolnshire, England home to immigrate to Canada in 1782 and to found a small brewery in 1786 to becoming one of the industries giants 200 years later. It truly is a great Canadian success story.

Molson 67 is a 3% lager, each bottle contains only 67 calories in relation to most beers which kick in at roughly 115-160 calories. Surprisingly Guinness is at the low end of the spectrum who’d a thunk it. It also weighs in at 1% of your daily value of carb’s which is pretty jaw dropping since your average beer in fact Molson Canadian the companies main beer is 150 calories and 4% of the daily value of carb’s. It has a clean and refreshing taste it tastes in fact a lot like Canadian maybe a little bit watery but I’ve had regular beer that tasted more watery. With most light beers you end up sacrificing taste for the lightness in this case you don’t.