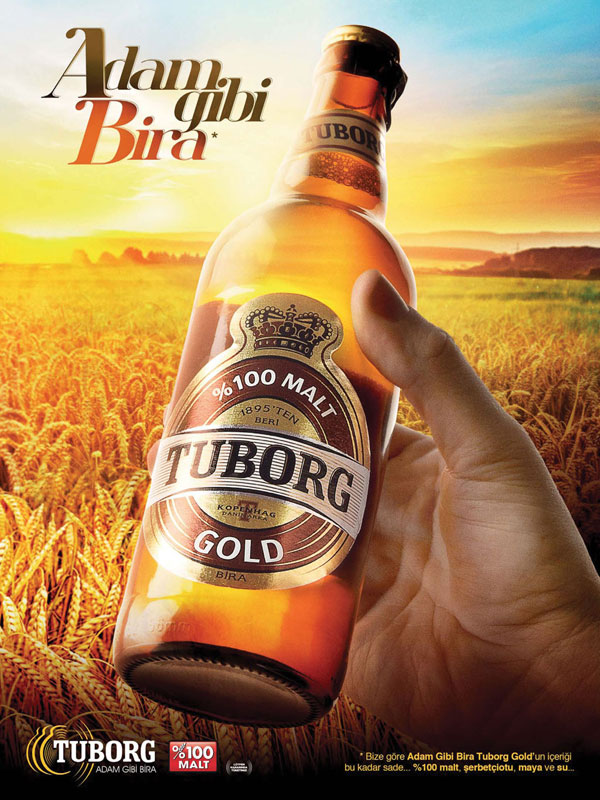 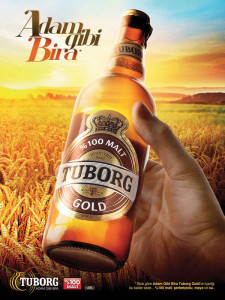 
1985, my wife and friends Dave and Joyce are travelling the countryside in Portugal when we come across this beautiful cobble-stoned town, famous for shoes.

Only interested in beer, Dave and I send the girls on their way with coin, a kiss and a promise to remain put at this very old outdoor cafe.   Dave says “Don’t forget us’, HUH, I got the keys.

What can I serve you, the owner said In broken, but understandable English.

Two beers, what type? SURPRISE us, I will return in a moment gentlemen. Gentlemen!! (if he only knew)

TUBORG GOLD, remember that name. 11/2 hours later, 4 BORG’S each and still no sign of the girls.  OH, oh, here they come bags in hand, quick order a couple of travelers (after all neither one of us can drive in this condition).

One of the smoothist and most distinctive tastes I can ever recall.  The Beer Store does carry a couple of varieties and I do recommend picking up a 6 pack or two.

Ok so here is a little on the history of the brewery and beer.

Tuborg Brewery was founded in 1873 by Carl Tietgen originally it was producing a pale lager. In 1894 it was then merged with United Breweries, which had a profit sharing agreement with Carlsberg at 1903. Carlsberg bought United Breweries in 1970.

The beer itself is a %5.5 lager and has a nice pale golden colour to it, with a bit of a hoppy taste. It has a little bit of a bitter aftertaste but that’s common in many Danish beers and it is a good thing. Very smooth with a pleasant aroma, I agree with Jim that you should go and get at least one 6 pack. I tried this with a nice T-bone steak and baked potato I also used a little bit of it to marinate the steak. It did very well in this regard but I wouldn’t relegate it to marinating duty since it is a very fine beer for drinking indeed. I have yet to taste a bad Danish beer. Tuborg Gold definitely gets high marks.

I appreciate the story Jim and I hope to see more from people you never know it might get put up on the website or read during the podcast.